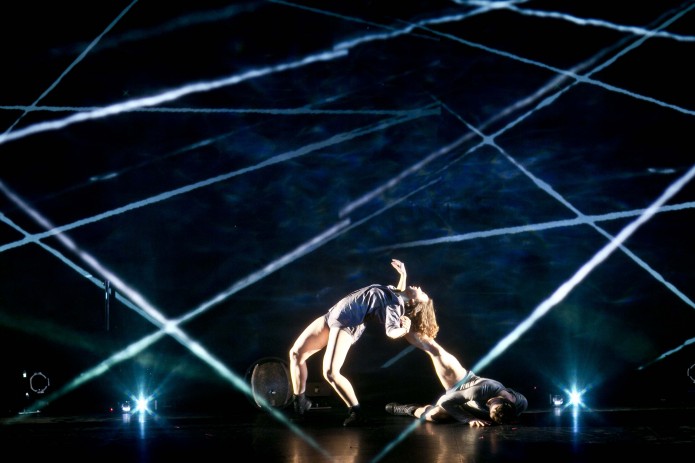 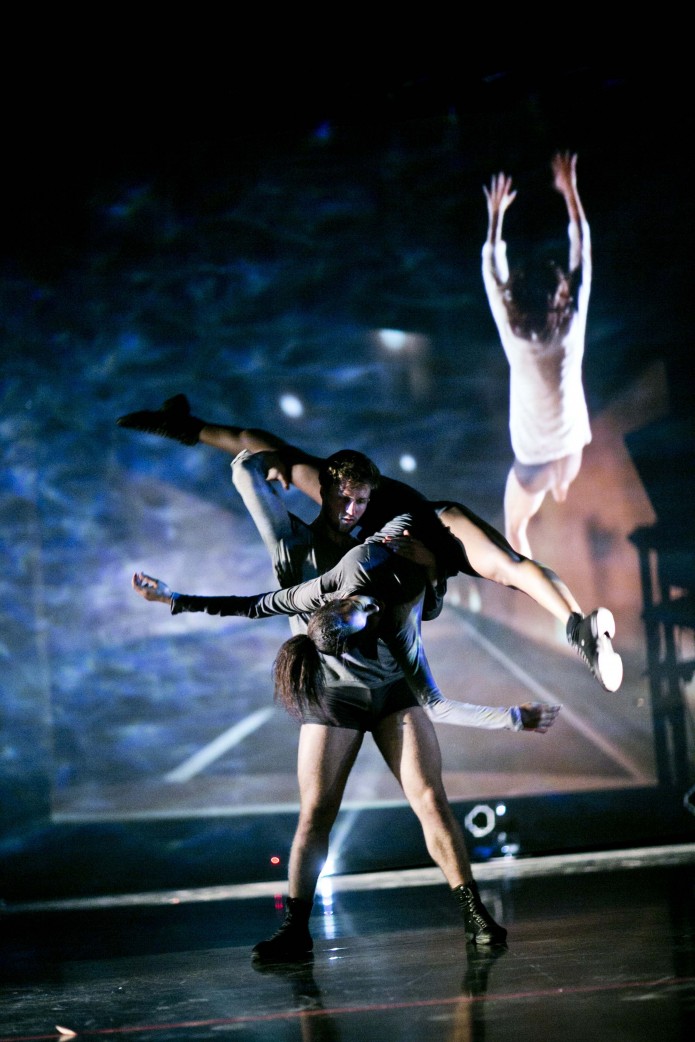 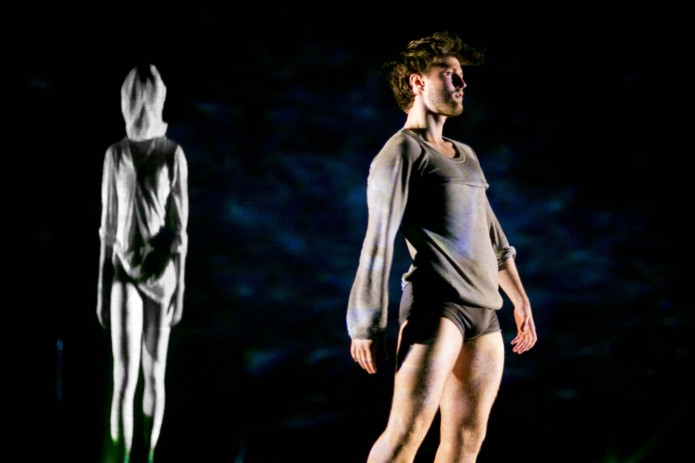 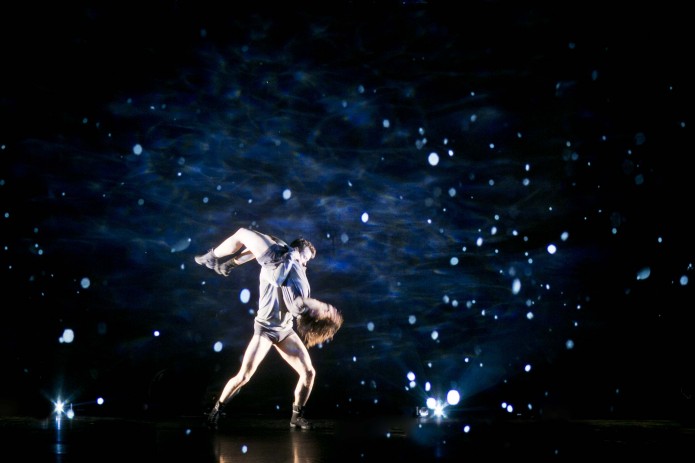 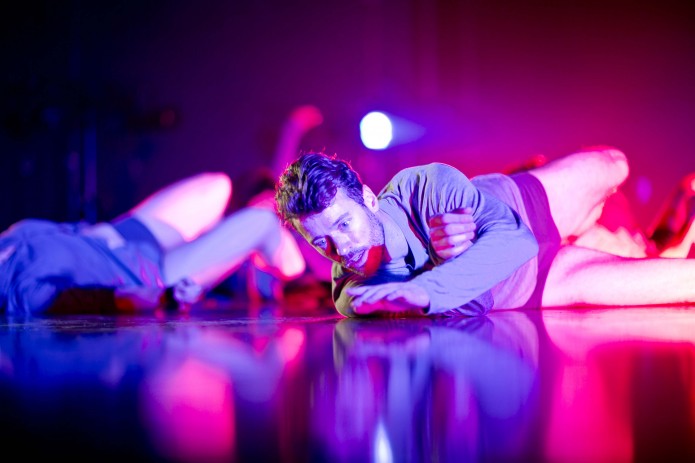 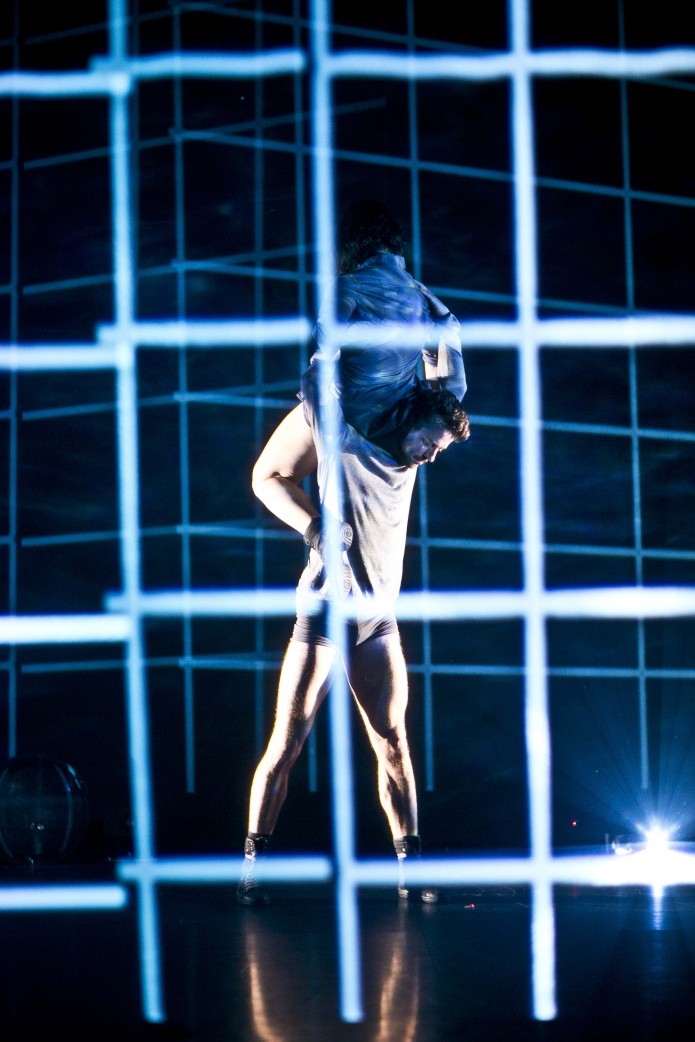 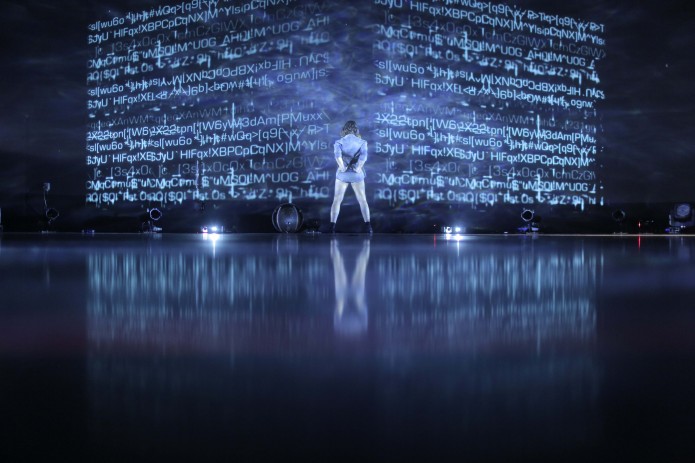 A dance performance in 3D

”When I scan the headlines of the news I sometimes imagine what would happen if I fell down between the words. Down between all the statistics and the overall buzzwords. Down where the individual human being stands – as a part of all the numbers and theories, but with heart, skin and hair”.

New Journal is about the fall and about finding a way when we have hit rock bottom. In a tribute to man’s underlying hope and indomitable survival power, to our dreams and the community’s ability to carry the individual when the individual is unable to carry itself.

The inspiration comes in part from concrete stories told by people who have been entrapped and who’s only possibility for movement was the journey of the fantasy, of memory and hope. And in part from a dive into everyday Europe where basically all nuances of power are put into play everyday.

Lars Egegaard Sørensen has once again created living and interacting 3D holograms. The dance is spiced with elements from capoeira and acrobatics and added warm tones from upcoming singer Lisa Alma – just back from a concert tour in USA.

A huge thanks to all the dancers who have contributed and been part of the cast and videos:Phillip Benjamin Jenkins, Søren Linding Urup, Aleksandra Elchaninova, Marcella Moret, Anastasia Tokranova, Nadine Reines, Lukas Hartvig-Møller, Niya Lulcheva, David Price & Michael Tang.